often cited as one of the best lovers rock albums ever, janet lee davis' 'missing you' was originally recorded & released by fashion records in late 1994.

long out of print, reggae archive records couldn't think of a better candidate to mark their first venture into the often neglected field of lovers rock & their second release in conjunction with fashion. the original album stands as a classic, but there's always room for improvement & so this edition is a deluxe version & not only includes the full original album, but also an additional five tracks previously only to be found on a limited & very rare japanese only cd issue. in addition to showcasing janet's soulful voice & versatility, she is joined & ably supported on two tracks by peter hunnigale & tippa irie. 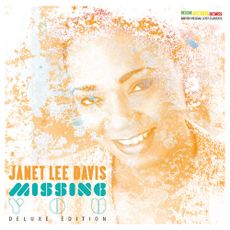