young fathers croon like a left-field rock band or a ‘90s r&b squad & rhyme like scions sent either from the daisy age or escaped from some distant dystopia in sun ra’s mothership.

the range these young men span from song to song is heroic. they are masters of emotion (“i heard”), experts with texture (‘mr. martyr’), incredible with rhythms (‘ebony sky’), & fierce wielders of noise (‘queen is dead’). but they are also capable of being all of these things at once & coming out the other end with an odd masterpiece like ‘way down in the hole’, which begins like a warm miguel demo before inhabiting a bombed-out horror score apparently performed by the ghostly inhabitants of the crumpled space between two terraced houses shortly after an air raid. 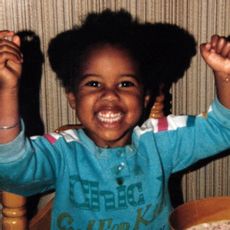