with a host of guest vocalists including justin timberlake, nas, frank ocean, beyonce & pharrell backing him up, jay z proves he's still at the top of his game, ruminating on fame, money his roots & his country with his usual wit & flair. largely produced by timbaland with some choice beats by pharrell & mike will-made it thrown in too, the result is mainstream, but it's mainstream hip-hop at its best. "from wondagurl’s sizzla-sampling “crown”, to pharrell’s gyrating timbaland bite “bbc”, to the fleeting space-rap grind of mike will’s “beach is better,” mchg is all the stronger thanks to jay’s networking" - time "even at his most checked-out, jay-z remains a great mc...the production, mostly handled by timbaland, is woozy & grand – another luxury possession" - rolling stone. 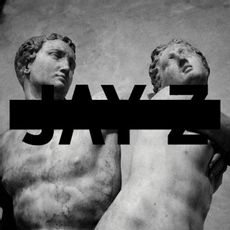