“it’s the unmistakable sting n’ sing of his leads that, more than anything else, mark these 21 songs. Working with producer/co-writer/drummer Tom Hambridge, Guy gives a forceful, vivid and highly personal (and personable) run through not just his own life but a half-century-plus of the sounds of Chicago, some of the most compelling music of the modern era” – fender, album of the month. 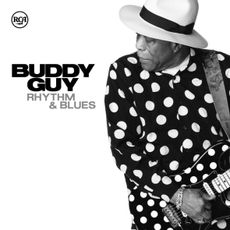