give me convenience or give me death

The album consists of songs (or in some cases, different versions of songs) that were not released on the band's studio albums. The album includes the controversial ‘Pull My Strings’, a scathing critique of the mainstream music industry. Also included is ‘Night of the Living Rednecks’, a recording of a segment of a concert in Portland, Oregon in 1979. When East Bay Ray broke a guitar string, Jello proceeded to tell a story over a bebop improvisation by the rest of the band about an encounter with a group of ‘dumb rich kids’. 1000 only limited edition on fantastic 140 gram orange vinyl. 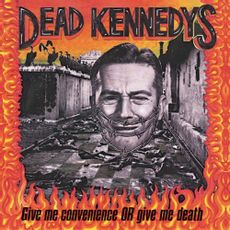