This album sees their first foray away from recording in a living room to a proper studio under the guidance of producer MJ of the much lauded Hookworms. drawing inspiration from DIY scenes such as Riot Grrrl/noisepop/C86 /K-Records as well as post hardcore like Drive Like Jehu/Converge & the art rock of The Velvet Underground & Mbv, Joanna Gruesome offer a staggeringly diverse album, unexpectedly quiet & surprisingly loud. like a faster, angrier veronica falls. 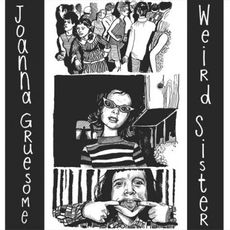