Out of print on vinyl for a number of years since its 2008 release on The Knife’s Rabid Records and subsequent release outside Sweden on Wichita Recordings in 2009, the very first First Aid Kit release is now available on vinyl again.

the gorgeous debut from the swedish duo, comprised of sisters johanna & klara söderberg (born 1990 & 1993, respectively), hailing from enskede, a suburb south of stockholm. this ep was 1st released in sweden on the knife’s label, rabid records. now it is being re-released by wichita recordings with a bonus track - the sensational & much you-tubed cover of fleet foxes’ ‘tiger mountain peasant song’. yes, they are very young, but the music they create speaks of bygone times & old souls. the emphasis is on narrative lyrics accompanying playful melodies with intense, dense harmonies. their sound is incredibly accomplished, irrespective of their youthfulness & although their music may not draw from the same sources as the likes of alela diane, the output is certainly in a similar vein & is incredibly affecting. a brilliant introduction to a duo that we hope have much more to offer. highly recommended. “blessed with the voices of plaid-clad angels” – the guardian, “beautiful, appalachian country meets 50’s pop” - the fly. 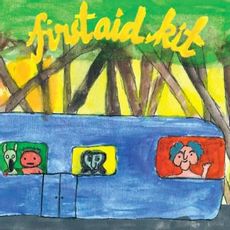