a multi-layered & emotional love letter to the loop, in which axel willner further refines his evocative, ambient take on experimental techno.

opening epic ‘they won’t see me’ is reminiscent of caribou’s ‘swim’ in its mixture of euphoric synthesisers & snippets of vocal set to shoegazey techno. ‘black sea’ is a sprawling track, initially beautiful with chopped up acoustic sounds repeating in mesmerising rhythms before slipping into dark, pulsing disco inspired by classic horror movie soundtracks. ‘cupid’s head’ is more upbeat & more synonymous with his previous work, bringing back those lush, expansive vocals while ‘a guided tour’s gauzy softcore is filled with spiritually warming sounds, like new age music with bite. ‘no.no…’ is a key track on the album, an intense piece of concrete poetry with slippery rhythms dissolving in gorgeous swathes of sound before the ambient ornamentation of ‘20 seconds of affection’ brings the album to a blissful  close. “relentless, hypnotic techno-infused loops in the dark” 8/10 – uncut. 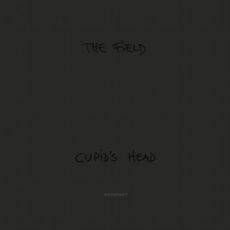