***now back in stock*** the 1st single to be taken from the new arcade fire album can hardly have escaped your attention, following a viral campaign that made the daft punk album release look low-key.

although it may be tempting to turn your back on a record with this much modern-day "let's think out of th box" marketing behind it, you'd be losing out on hearing one of the most brilliant & additcive singles of the year. produced by james murphy, it's got dfa written all over it & even features a cameo performance from david bowie. even a band as highly accomplished & worshipped as arcade fire need to go through periods of reinvention & experimentation but the beauty of this record is that it shows what a truly inventive & capable band they are, as they pull off this dance number with great aplomb. in keeping with the hype, the record is beautifully packaged as an album by the fake band 'the reflektors', with a lovely holographic sleeve. the album version of the single is backed with the instrumental take. 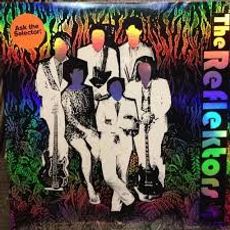