A super-group of sorts led by clarinetist, saxophonist & composer Shabaka Hutchings with Oren Marshall on tuba & both Tom Skinner & Seb Rochford on drums with their stunning debut.

Sons of Kemet (Kemet is one of the first recognised names for ancient Egypt & its last Nubian king was called Shabaka) was born from hutchings's desire to incorporate the Caribbean slant of his background (he spent most of his childhood in barbados). It's partly the deployment of two drummers – & two powerhouse drummers at that – that gives Sons of Kemet their compelling & infectious sound. Skinner and Rochford's visceral exchange of rhythmic ideas is an unforgettable, highly danceable experience. Throw into this one of the great wild cards of contemporary British music, Oren Marshall on tuba, and you have a wonderfully unorthodox configuration. 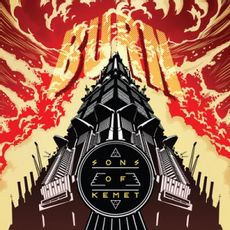