Swearin’ is fronted by Allison Crutchfield, sister of Waxahatchee’s Katie Crutchfield. The twin sisters were previously both in the band PS Eliot together. Swearin’ also features Keith Spencer (the Waxahatchee drummer) playing bass. thrilling indie-rock For fans of Waxahatchee, hole, The Pixies, The Breeders or Superchunk. "it's the kind of record that reminds you of why you were drawn to indie-rock in the first place" - pitchfork, "compact, tightly constructed, smart, explosive & very catcy" - sterogum. 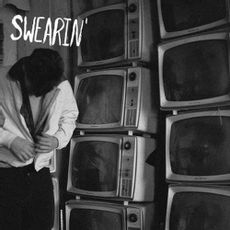