wonderfully recaptures their evil, sludgy sound that made them one of the greatest experimental rock bands on the planet. they still manage to escape the puerile nature of some of their ideas, the snotty adolescent attitude & aural pranks only adding to their genius. “tres cabrones is as close as we’re willing to get to the melvins 1983 line-up,” explains guitarist buzz osborne. “the best part is it’s all new songs. i specifically wrote tunes that would be good for these guys to play & it worked out great. we had no interest in rehashing tunes we wrote 30 years ago & chose instead to simply create new songs. it worked out perfectly.” 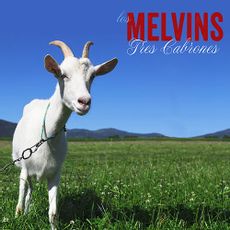