FROM THE SEA TO THE LAND BEYOND


This widely-praised soundtrack consists of re-workings of previous British Sea Power songs, released here with a DVD of the film & a bonus track not available on the original soundtrack.

directed by Penny Woolcock, the film features a fantastic array of footage of the British coastline from the BFI’s National Archive. Travelling from 1901, through both World Wars, into peacetime & the modern age, ‘From The Sea To The Land Beyond’ shows our coast as a place of leisure, industry & wild nature & Bsp's soundtrack is a fitting, moving audio counterpart. a mainly instrumental, beautifully scored & captivatingly played collection of work which further proves what an incredible set of musicians bsp are. "their windswept indie rock is the perfect fit for Penny Woolcock's moving film" - guardian. 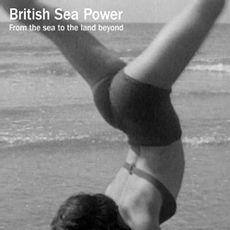