lost in the dream

the philly band have pushed their cosmic rock n roll to the next thrilling level - they've delivered a career defining, straight up masterpiece.

the stadium rock of bruce springsteen, the muscular classic rock of tom petty & the unfairly maligned dexterous guitar work of mark knopfler are swathed in wonderfully hazy textures & long drawn out tones, all propelled by a chugging motorik. dylan, u2, jj cale, neil young, jackson browne - their spirits are all here but in the hands of Adam Granduciel & co, they are redefined for the 21st century & sound exhilarating. 3 albums in, we are as in love with the band's rock 'n' roll sprawling space jams as ever.

"maintains a kind of motorik langour throughout, turning 80s arena rock into something much more intriguing" 4/5 - the observer, "you won't find a better album this decade. it's a tender, inviting, consoling, comforting record that you'll play again & again (stoned or not)....perfect in every way" 5/5 - musicOHM, "the simplest most understated shord change can blow a track wide open & elevate it from simply pretty to absolutely devastating" 8.8/10 - pitchfork. 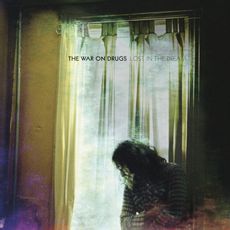