‘Magnetica’ is the first studio album from Quantic under his main solo moniker since 2006's ‘An Announcement To Answer’ in 2006. He has, of course, been far from quiet in the intervening years, with releases from many acclaimed side-projects including The Quantic Soul Orchestra, Quantic & his Combo Bárbaro, Quantic & Alice Russell, Flowering Inferno & Ondatrópica. The eclectic collection of guests to appear on ‘Magnetica’ includes Alice Russell, Shinehead, Nidia Gongora, Dereb The Ambassador, Thalma De Freitas & Anibal Velásquez; illuminating the sounds, styles & languages of Ethiopia, Jamaica, Brazil, the UK & beyond. 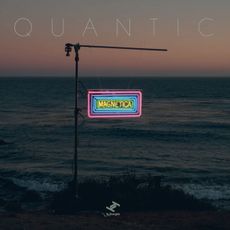