The ‘Masterpiece’ series is a concept fronted by artists & DJs of the highest calibre - It’s an opportunity for these pioneering acts to curate a 3 disc musical journey that depicts their own influences & inspirations which they can share with their fans.

David Rodigan, master of reggae, has been on the scene for over 30 years & counting. His unsinkable passion for reggae music & his world renowned talent for triumph in sound clashes against the likes of Barry G, Jamaica’s champion DJ, led to his victory when he took the Champion Trophy at the World Clash Reset in New York. David’s selection has been carefully broken down into 3 discs featuring a range of influences from The Kinks, Marvin Gaye, Etta James, Dusty Springfield, Bob Marley & The Wailers, Tessanne Chin, King Tubby & Ini Kamoze to name a few. 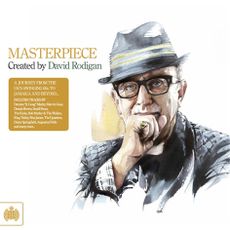