‘galactic’, resurrected from a corrupted fruity loops file on a lost hard drive, is ethereal blade runner grime. ‘lunar’, which features keysound label boss blackdown, is a detroit-style night drive through babylon. like a breaking storm, the album builds in power & intensity. at almost exactly the mid-point – during the bouncy but otherwise warm 4x4 garage relic of ‘swingin’’ – the calm is punctured by vocals. often sampled from dense london slang & live pirate radio, these are wen’s heavy signals; weighed down with coded nuance. by the time you hear wiley actually spitting wen’s name over one of his beats, this language-dense album is close to reaching both its climax & its logical conclusion: a full vocal with grime legend riko. 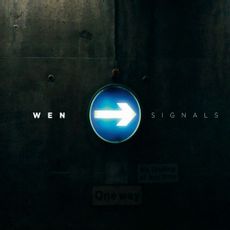