Royal Blood – vocalist/bassist Mike Kerr & drummer Ben Thatcher – have earned glowing comparisons with artists including The Black Keys, The White Stripes & Queens of the Stone Age after their debut single ‘Out of the Black’ was released on the band’s own label Black Mammoth Records in 2013. 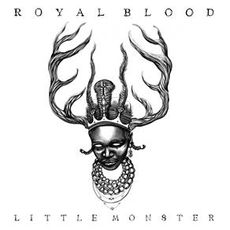