rich in atmosphere & haunting in its dark complexity, 1995's 'wrecking ball' is a leftfield masterpiece, the most wide-ranging, innovative, & daring record in a career built on such notions.

the fixed point remains harris' voice, which leaps into each & every one of these diverse compositions -- culled from the pens of neil young, bob dylan, jimi hendrix, steve earle, & others - with utter fearlessness, as if this were the album she'd been waiting her entire life to make. this three-disc set features the remastered original album, a bonus cd of previously unreleased material, & a dvd of the documentary building the wrecking ball, which includes interviews & studio footage of harris & lanois as well as special guests kate & anna mcgarrigle, neil young, steve earle, brian blade, & others. 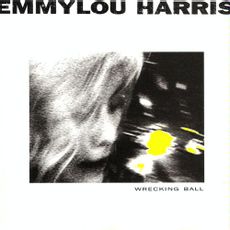