David Hess is most famous for his number 1 hit compositions like “All Shook Up” (Elvis Presley), “Speedy Gonzales” (Pat Boone) and other topper sellers for Sal Mineo, Conway Twitty and The Beatles. Horror & cult movie fans remember him mostly for his acting role in Wes Craven’s 1972 The Last House On The Left, but few know he also composed the soundtrack in collaboration with Steve Chapin (Let Time Go Lightly). David’s work here contains some truly beautiful songs, the discovery of which, for some, may be in stark contrast to the brutal displays of sadism and violence for which he was known to purvey onscreen. The fact that Hess could perform as both the poet, and the monster, is a testament to his skill as an artist. The soundtrack to Last House On The Left is a brilliantly unique and diverse mixture of farcical comedy, poignant, reflective folk music and instrumental experimentalism. Hess constructed a wonderful counterbalancing entity, which serves only to accentuate the impact of the movie. This Record Store Day exclusive Picture Disc is LIMITED TO 1500 NUMBERED COPIES WORLDWIDE and comes with EXTENSIVE & EXCLUSIVE liner notes from RUGGERO DEODATO (Cannibal Holocaust, The House On The Edge Of The Park) ULLI LOMMEL (The Boogey Man, Zodiac Killer) FRANCO NERO (Django, Django Unchained, Die Hard 2) GIOVANNI LOMBARDO RADICE (The House On The Edge Of The Park, Cannibal Ferox, City Of The Living Dead) MARC SHEFFLER (Happy Days, Who's The Boss?, Charles In Charge) … and many more. 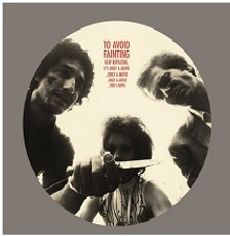