Matching wistful psychedelia against Neu! rhythms & primitive electronics, the debut from the 4-piece formed of ex members of pete & the pirates, has been produced by bernard butler. While ‘Cristina’ is dreamy enough to wake up to, ’23 floors up’ could be the soundtrack of an inevitable break up. Matching whimsical psychedelia with bare electronics & witty texts, Teleman are like the Beach Boys if they were from Hackney, not Hawthorne. for fans of alt-j, pete & the pirates & the wave pictures. "propelled by a groove & furnished with unusual arrangements" 7/10 - uncut. 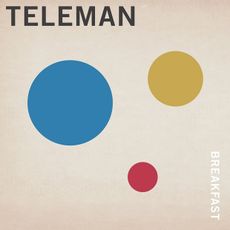 bonus disc tracklist: (out of stock)