The duo take emotive cues from Fado, the regional music of Portugal, which is in close plaintive spirit to the blues. Cooper’s sparse effects toolkit & stately, gliding cadences are nimbly employed, while Gunn’s ashen voice & steady strum lend an intensely organic feel to the album’s improvisational portraits. The album convenes in an abstract, almost field recorded take on lap-steel & American Primitive guitar styles. For the brief idyll, Gunn & Cooper’s collaboration is remarkably rich, marking their passage through Portugal not just as a time to revel in an ancient city, but a time for focused collaboration & creative consonance. 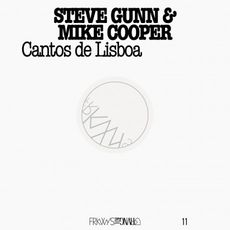