ln Summer 2014, the world's most revered monster is reborn when the epic action adventure Godzilla is released.

From visionary new director Gareth Edwards (Monsters) comes a powerful story of human courage and reconciliation in the face of titanic forces of nature, when the awe-inspiring Godzilla rises to restore balance as humanity stands defenceless. Film composer Alexandre Desplat was hired to compose an original soundtrack for Godzilla. Desplat had not composed previously for a monster film, having worked on movies such as The King's Speech, The Curious Case of Benjamin Button, and the final two Harry Potter films. Desplat accepted the contract after being impressed with Edwards' Monsters. Desplat describes the soundtrack for Godzilla as "non-stop fortissimo, with lots of brass, Japanese drums, and electric violin." The score is also conducted by Desplat. 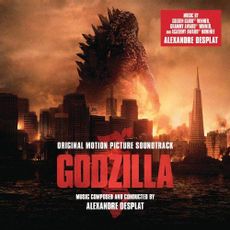