This compilation was curated by founder member Richard H Kirk with the intention of offering "a kind of soundbite take" on the outfit's work.

The album compiles two distinct periods of Cabaret Voltaire - 1978-81 & 1983-85 - for the 1st time together on one release. The tracklist travels from 1978-81 with a line up of Richard H Kirk, Stephen Mallinder & Chris Watson, when Cabaret Voltaire were (mostly) recording at the Western Works Studios in Sheffield & releasing records on Rough Trade & from 1983-85 (after Watson’s departure) when Kirk & Mallinder released via Some Bizzare/Virgin. Kirk points out that this “was a time where we got to do what we do, but in different areas, we wanted to push the boundaries of electronic music.” Cabaret Voltaire formed in 1973 & alongside Human League, Throbbing Gristle, Fad Gadget & The Normal, were at the forefront of the UK electronic movement of the late 70s. 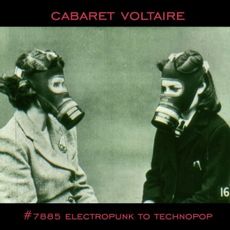