a companion piece to Will Wiesenfeld's 2013 'obsidian' lp, The 3am introspection & heart beat pulse of this 5 track outing are almost reminiscent of Four Tet or Pantha Du Prince.

Both records traverse similar terrain: morbid lyricism, direct vocal melodies, a felicity in subsuming electronic experiments into pop songs. The pulse is almost minimal techno, but it’s suffused with maximalist emotion. Just five songs & a shade over 20 minutes, the idea was to avoid over-thinking. Songs were perfected not embellished. The subject matter remains dark-tinted pop. 'Ocean Death' reclines in the aquatic seabed. The lyrics are simple & bleak, but the effect is celestial. "Wiesenfeld has delivered on the promise & found his place among contemporaneous pop experimenters like Grimes & Autre Ne Veut" - FACT. 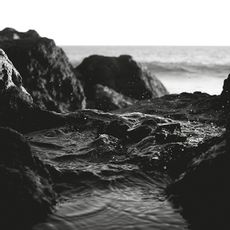