It's Time for You to Return


as an avant-garde composer as well as a baroque lutenist, on this overtly melodic album he pushes the lute’s agenda out of the academy & into more accessible circles.

van wissem has performed over 800 solo lute shows at concert venues around the world, including prestigious rock festivals like atp, playing his unique all-black, custom-built baroque lute, & invariably fascinating the unsuspecting audiences. unusually, as well as the music, van wissem has written & performed hypnotic vocals for some of the nine compositions on this album & on one he is joined by jarmusch, on guitar, & lebanese singer yasmine hamdan. the album also starkly contrasts the ancient & modern by utilising electronic programming on a couple of tracks. 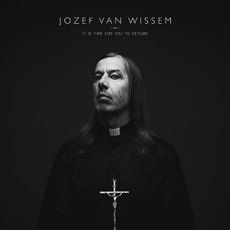