for the first time, the band have injected some electronic sounds into its familiar acoustic instrumentals while the lyrics confront darker themes.

‘iii’ is the band’s third mariachi album, this time approaching writing from a different direction. the band dusted off old sequencers, synths & an arp, approaching their mariachi theme from a totally different direction. certain tones echo through this 10 song album - the feel of a band coming into their own, extending the proverbial middle finger to tradition (& backing it up 100%). one of those musical exorcisms resulted in ‘wildfires’ - the song seems to tell the story of a man trapped in a fast-moving blaze, but caughthran says the lyrics are a metaphor for a period of his own shameful behaviour. 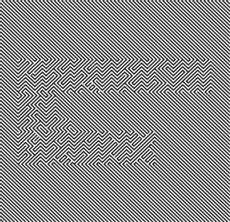