A Place To Bury Strangers


an unpredictable & weighty record that gets better & better & more & more intense the deeper into it you get, until you find yourself totally sucked into the darkness, the fuzz, the dirge.

drummer Robi Gonzalez makes his recording debut with the band here & it’s obvious that he’s helped pushed their recordings closer to the level of their infamous live shows. “The one thing we have in common is this fire when we’re playing,” adds Gonzalez. for fans of the jesus & mary chain, esben & the witch or  hey colossus. “sculpts something unexpectedly elegant out of the type of din you’d expect to hear on an airport tarmac” - Spin Magazine, “Hypnotic & forward-looking, A Place To Bury Strangers sound more vital than ever” - Allmusic, “A real sonic adventure that never relinquishes its grip on structure, despite the fact that the guitar effects pedals are practically stomped into the floor” - Popmatters. 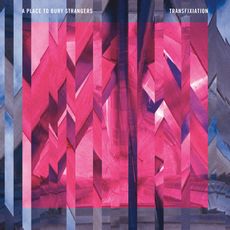