although 'primrose green' focuses on pastoral sounds (as the title & sleeve suggests) & meanders along beautifully on its folk-rock-jazz trip, there are plenty of darkly hallucinogenic moments too & it's these explorations that balance this gem of a record perfectly.

Heavily influenced by the likes of bert jansch, van morrison, tim buckley & john martyn, you can imagine where his sound sits....but then he's a little more freewheeling too & that's what makes this a record you'll want to return to again & again. The band is a mixture of new and old Chicago talent, blending both jaded veterans of the post-rock and jazz mini-circuits together with a few eager, open-eared youths. "it's spectacular....the intersection of 'la turnaround' & 'greetings from la'....disorientating, casting new lights on modes you thought you knew well" 9/10 - uncut.

derry recommends: unashamedly beholden to his heroes john martyn, van morrison, tim buckley, nick drake & more but ryley pulls it off in style with the sheer quality of the songs & virtuosity of his guitar playing. 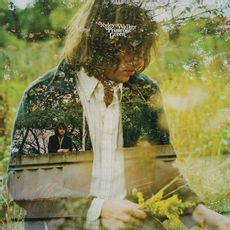