inventions (eluvium / explosions in the sky)


a complex & exuberant album crafted from an array of instruments, samples, found sounds, beats, chants & raw bursts of noise, with a much greater emphasis on strong vocal accompaniment in every song.

Inventions are the collaborative sum of longtime friends Matthew Cooper of Eluvium and Mark T. Smith of Explosions In The Sky who joined forces to create music that was both challenging & comforting. Much like on the stunning 1st record, the band again mixed the album in a house on the Oregon coastline, with final mixing & production all done by Smith & Cooper. ‘Maze Of Woods’ is the product of two masters of their craft getting lost in the wilderness, “doing something that they don’t know how to do” & emerging with something wholly unexpected & beguilingly beautiful. 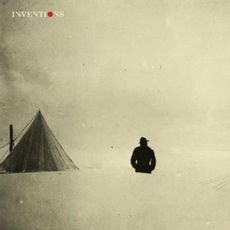