After the dark complexity of recent output, 'Same As You' is startlingly fresh, as inclusive & accessible as the title suggests, while still maintaining the playful experimentation on which the band has made its name.

Originally conceived as a single longform piece, the tempo remains constant but does not prevent the band from producing swells of raw, joyous, life-affirming energy within these self-imposed limits The vocal performances and the heartfelt, spiritual lyrics are an inspired addition to the rich instrumental mix: Pete Wareham & Mark Lockheart (tenor sax), Tom Herbert (double bass) & Leafcutter John (guitar, electronics), with Shabaka Hutchings (Sons Of Kemet, Melt Yourself Down) making a guest appearance. “THERE'S A PRONOUNCED HYPNOTIC EBB AND FLOW TO THE MUSIC, WHICH IS CHARACTERISED BY EXPANSIVE, OPEN-ENDED GROOVES THAT ARE HEAVY ON ATMOSPHERE & MOOD-CREATION” 4/5 - mojo, "DAZZLING" 4/5 - q. 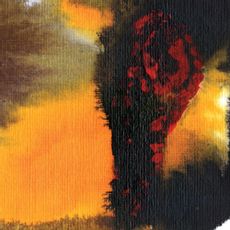