synthesizers were featured prominently on the band's 6th album, most famously on 'jump', the album's first single and one of the chief reasons this became a blockbuster, crossing over to pop audiences the band had flirted with before but had never quite won over.

'Jump' was about as close as '1984' got to pop however, as the other seven songs are heavy rock, capturing the same fiery band that's been performing with a brutal intensity since Women and Children First. But where those albums placed an emphasis on the band's attack, this places an emphasis on the songs, and they're uniformly terrific, the best set of original tunes Van Halen ever had. 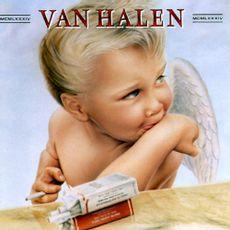