another corker taken from their debut album, which is a thrillingly immediate, intuitive & anthemic collection which stands as testament to lead singer Kieran Shudall’s rise as one of the best songwriters in the UK right now.

Produced by Dan Grech & recorded at the historic RAK studios in London in late 2014, 'T Shirt Weather' is the latest in a startling run of singles which has seen circa waves garnering a whole host of attention & acclaim. 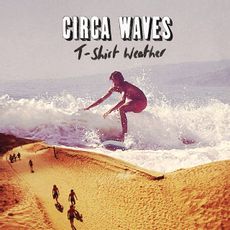