It doesn't matter that most of us can't understand the lyrics, since the music is brilliantly effective in its own right. 'Mwng' has more than its fair share of evocative sonic textures - it's easy to get lost not just in the surface sound but what's buried beneath the melodies - yet it's also a concise, sharply written psychedelic pop record. These are smart, melodic, catchy songs graced with inventive, clever arrangements. Super Furry Animals have tempered their harder rocking in favour of expanding their prog, psych & pop inclinations. There are still numbers that rock, but they're unconventional, taking wonderful left turns & being blessed with arrangements that are welcoming, but never predictable. 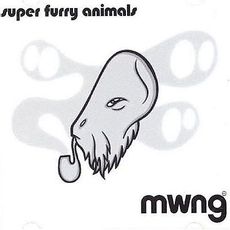