'EX MACHINA' is the directorial debut of Alex Garland, the man behind '28 DAYS LATER' & 'SUNSHINE' (the Guardian have described it as a “dazzlingly good-looking technological thriller”). Geoff Barrow said, "It's been great for Ben and I to be working with Alex again & hopefully we have written the kind of score an intense sci-fi thriller like this needs" with Salisbury adding "we wanted to slightly get away from the type of soundtrack album that has a huge track-list with lots of short cues. Instead, we've tried to put together an album of fuller length tracks, by segueing some of our cues & creating a structure and shape that mirrors the film in some way". 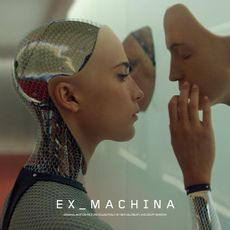