described by demarco as “a concept album about love”, this mini-lp as typically laid-back as he's ever been - full of summery vibes and just a hint of forlornness.

released almost exactly a year since the wildly successful 'Salad Days', this shows the canadian at a period of unbridled creativity. Conceived and recorded entirely by himself in a short period between a extensive tour, the songs show a romantic side to demarco;  gone is the zaniness for zaniness' sake and in its place is a warmth and sweetness only hinted at before. this is a brilliant addition to an already fantastic discography. "To be able to write with universality is the mark of a songwriter’s ambition growing, and here Mac DeMarco is transitioning into one of the best around." - 8/10 nme 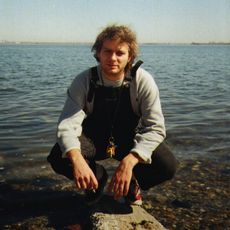