The roots reggae album every home should own.

There are singers, and there is Winston Rodney aka burning spear, a man whose ghostly wail makes committed atheists succumb to the divine provenance of jah. Spear’s 1978 seventh album - released in jamaica as 'marcus' children' - was his greatest; a tapestry of deep grooves, roaring horns, devout testimonies to Marcus garvey… and that brilliant, bizarre, other-worldly voice. Soon after its original release, Rodney issued ‘Dub Living’, a companion volume comprising sublime dub cuts of all the tracks featured on ‘Social Living’. Now, for the very first time, both of these essential LPs are brought together on a single disc. 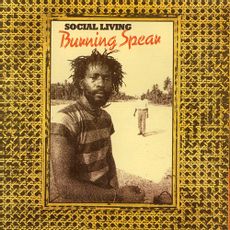