The success of the band's debut LP provided the platform upon which Third World continued to grow artistically, yet despite its significance, ‘Third World’ remained strangely elusive on CD, with its only issue on the format being a limited US-only pressing, released in 1999.

Fortunately, for Reggae fans the world over, that oversight has finally been addressed and at long last the album has not only been made available on compact disc once more. Featured alongside the LP’s original track listing are eight bonus tracks from the album sessions, with their number including alternate takes to ‘Slavery Days’ and ‘Got To Get Along’ and a trio of killer Dub cuts, all of which were previously unavailable on CD. 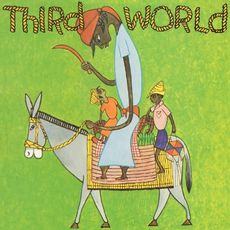