Having gained a reputation for their ferocious, unpredictable (the band don’t do setlists) live shows, which regularly end in singer Oli Burslem destroying his organ before hurling it into the crowd, the hotly-tipped London trio release their debut EP ‘Plastic People’ via Fat Possum.

the release of their debut single ‘Hungry Heart’ caused a stir & was described by Stereogum as “a track with soul-crushing, footstomping fury…A memorable introduction to the band”, with the haunting, Suicide-esque B side ‘Something On Your Mind’. 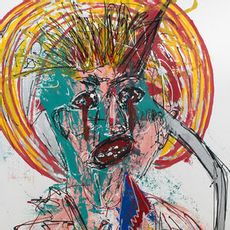