Produced by Johnny Marr and his regular collaborator Doviak, ‘Candidate’ alternates between atmospheric soundscapes & the strident riff that underlines the song’s hook in one of the most reflective moments of the ‘Playland’ album.

B-side 'exit connection' is a brand new track. “The day after I'd done the The Amazing Spider-Man 2 premiere concert, I was in Times Square watching passers-by on a huge screen up in the sky,” he said in a ‘Playland’ track-by-track interview. “I had that opening line "Big screen real life / Be a part of the story." That song's about a lot of the great women – of which there have been many, from being a little boy onwards — that have made the impression on me.” 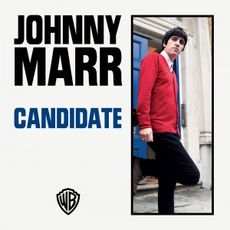