The album that defined a new kind of instant classic american rock – made by Canadian mental health care workers-turned-art collective.

Black mountain’s debut sounded entirely fresh in 2005, a key touchstone in us indie’s reclamation of classic rock, before the likes of Alabama shakes, the black keys and white denim made hairy cult vintage into a mainstream obsession. Tapping into everything from the stones, the velvets, springsteen, the band and fairport convention, to more recent sleazy rockers such as royal trux and the make up, the Vancouver quintet’s debut is distinguished by great songs, an uncanny balance between dark drugginess and childlike joy, and the kind of loose-but-tight playing that only a band of brothers (and sister amber webber) can bring to the party. This well-deserved 10th anniversary reissue comes complete with bonus material from the ‘druganaut’ ep, plus demos and rarities including four previously unreleased tracks. 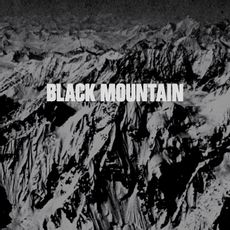