THE ARTFUL EXECUTION OF MACHO BIMBO


Literary but visceral, pounding but pop-savvy, Clowwns' thumping great art-rock has the answers to all your worries.

With Andrew Claridge on squealing six-string, Etienne Rodes on the fat four, Damo Waters keeping the rumbling beat and Miles Heathfield holding forth on the death of religion and the nature of evil, Clowwns conjure cracked-mirror visions of Dylan Thomas in his drunken disco period, Graham Greene fronting a fuzz-crazed Sparks, or a young Orson Welles luring Queens of the Stone Age and the Eighties Matchbox B-line Disaster to the circus big top of their deepest unconscious desires. The live Clowwns experience is a bouncing and rolling set, of Adam & The Ants / Birthday Party / 80’s Matchbox style post punk and of the best of glam rock. 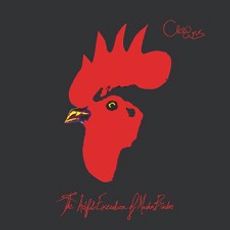