epic but intimate, ‘White Light’ is a bold step out of the bedroom-based R&B balladry which has quickly earned Shura an impassioned audience, instead combining Arthur Russell-inspired disco and a love for the undulating psych-rock of The War On Drugs to entrancing effect.

Lyrically, the track started out about Shura’s twin brother, before picking up the sci-fi thread which runs through her visuals to describe an alien first glimpsed in the ‘Mass Effect’ game. Ultimately, though, ‘White Light’ is simply about being different, and joins the likes of ‘2Shy’ in embracing the social weirdness which actually makes you unique. 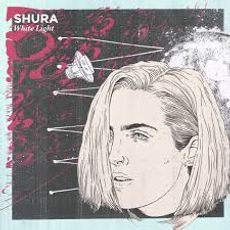