stunning document of the former smith's energetic live performances from his 2013-15 tours - recorded primarily at his Brixton Academy and Manchester Apollo shows during the ‘Playland’ tour.

“I wanted to capture the atmosphere and feeling of the last couple of tours,” says Johnny. on this album, he more than delivers on that - every song captures the feeling of seeing him live perfectly. "mesmerising throughout." - mojo 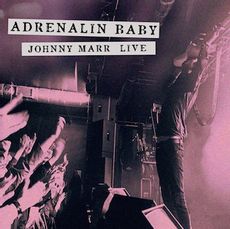