handpicked by garage godfather ty segall for release on his god? record label, wand’s debut is a nonstop parade of acid-dipped, pop-minded forays into both heaviness & wavy folk detours.

like segall, wand approach songwriting with a fearless love of exploring guitar tones & unexpected dynamics, but where segall builds up walls of guitars with layer after layer of fuzz to achieve his mind-bending sounds, wand relies more on time-honoured techniques of trippy '60s production. the songs always waver between saturated extremes of heaviness & gentleness, with whispering vocal harmonies & dazzled acoustic guitars always seconds away from distorted organs & the band's bevy of freakish effects. ultimately, wand's gift for songwriting guides the endless psychedelic tug of war that is ‘ganglion reef’, offering listeners something turbulent & strange but deeply rooted in strong tunes. Ganglion Reef 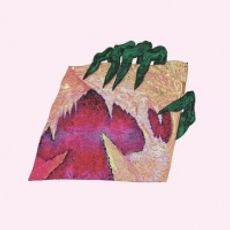