taking influence from his home town's musical legacies of both acid house (think frankie knuckles, phuture and marshall jefferson) and the futuristic jazz of sun ra (who was based in chicago between 1946-61). Over ten tracks, Hieroglyphic Being remains true to his own electronic sound while paying homage to others - all coming straight out of Chicago. 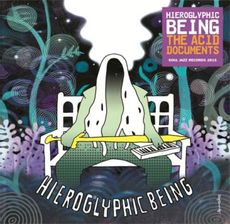