an utterly essential reissue of this modern classic that adds the appendix album to the package alongside a completely previously unreleased album in its entirety.

sitting next to the album itself is ‘Black Sheep Boy Appendix’, recorded in part both before and after the release of the original album giving context and weight to the album, as well as the previously unreleased ‘three swims a swan’ recorded prior to the original album, illuminating the album’s roots in the traditional American songbook, Featuring beautiful, emotional readings of songs popularized by such artists as Washington Phillips, Lead Belly, the Louvin Brothers and Roscoe Holcomb. ‘Black Sheep Boy’ is celebrated for its album artwork as well as its music, and the Anniversary Edition collects that artwork in a meticulously reworked package, combining every previous element of William Schaff ’s imagery with a large new piece by Schaff depicting an updated ‘Black Sheep Boy’. 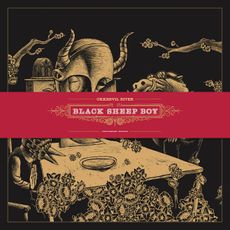