an experimental yet accessible mix of electronica, big band jazz,  metal and pop - a record bursting at the seams with ideas, with intrigue, with emotion.

fans of holly herndon's 'platform' will definitely enjoy this debut from the former composer-in-residence with the BBC Scottish Symphony Orchestra. the exhilirating opening track 'nautilus' is a big brassy number reminiscent of geoff barrow's quakers project, whereas other tracks bring to mind four tet and caribou. the record is about “really tiny things”, says meredith, but the record is anything but. it's grand in its own way, a record of unusual scope and power, perfectly blending Meredith’s love of big brush strokes with her eye for devastating detail. it's dramatic, thrilling, catchy and weird all at once. a 2016 highlight. "Meredith manages to cloak high-minded experimentalism in playful pop sensibility... the record balances its avant-garde indulgences with fully-formed songs... to delve into the minutiae of modern life." - 8/10 loud and quiet 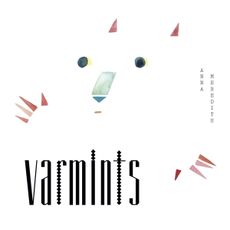