Where Have You Been All My Life


a re-imagining of older material seamlessly woven with present glories from Villagers’ 2015 pared-back, intimate studio album, ‘Darling Arithmetic’ - a collection of songs that distils 5 years & 3 albums of Conor O’Brien’s outstanding songwriting into one flowing narrative, Recorded in one day.

Hving extended his fresh pared-back approach on tour, where old songs were reinvented to match the new, the idea was taken into the studio where 18 songs were quickly captured & 12 songs chosen for the final album, making it Villagers’ most intense but satisfying session to date. These recordings are all 1st or 2nd takes, live & unadorned by overdubs or studio trickery. The result is a lush, harmony-laden & vibrant document of a time & a place. Included in the album is a new recording of ‘Memoir’, which O’Brien wrote for Charlotte Gainsbourg; it can be found on her 2011 album ‘Stage Whisper’ but has never before been recorded by Villagers until now. 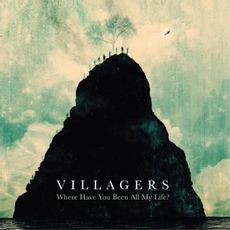