Carter's first two albums from 1968 and 1969 as well as five previously unheard bonus tracks - these albums contain six R&B Top 40 singles including mega-hits; ‘Slip Away’ and ‘Too Weak To Fight’.

The five bonus tracks are made up of three previously unheard Clarence studio cuts, an early demo recorded with Calvin Scott, and the impassioned demo for ‘She Ain’t Gonna Do Right’. Clarence is backed by the classic Fame rhythm section The Swampers and produced by Fame’s Rick Hall. The original albums are presented in stereo. 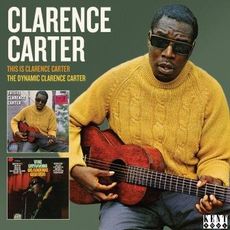